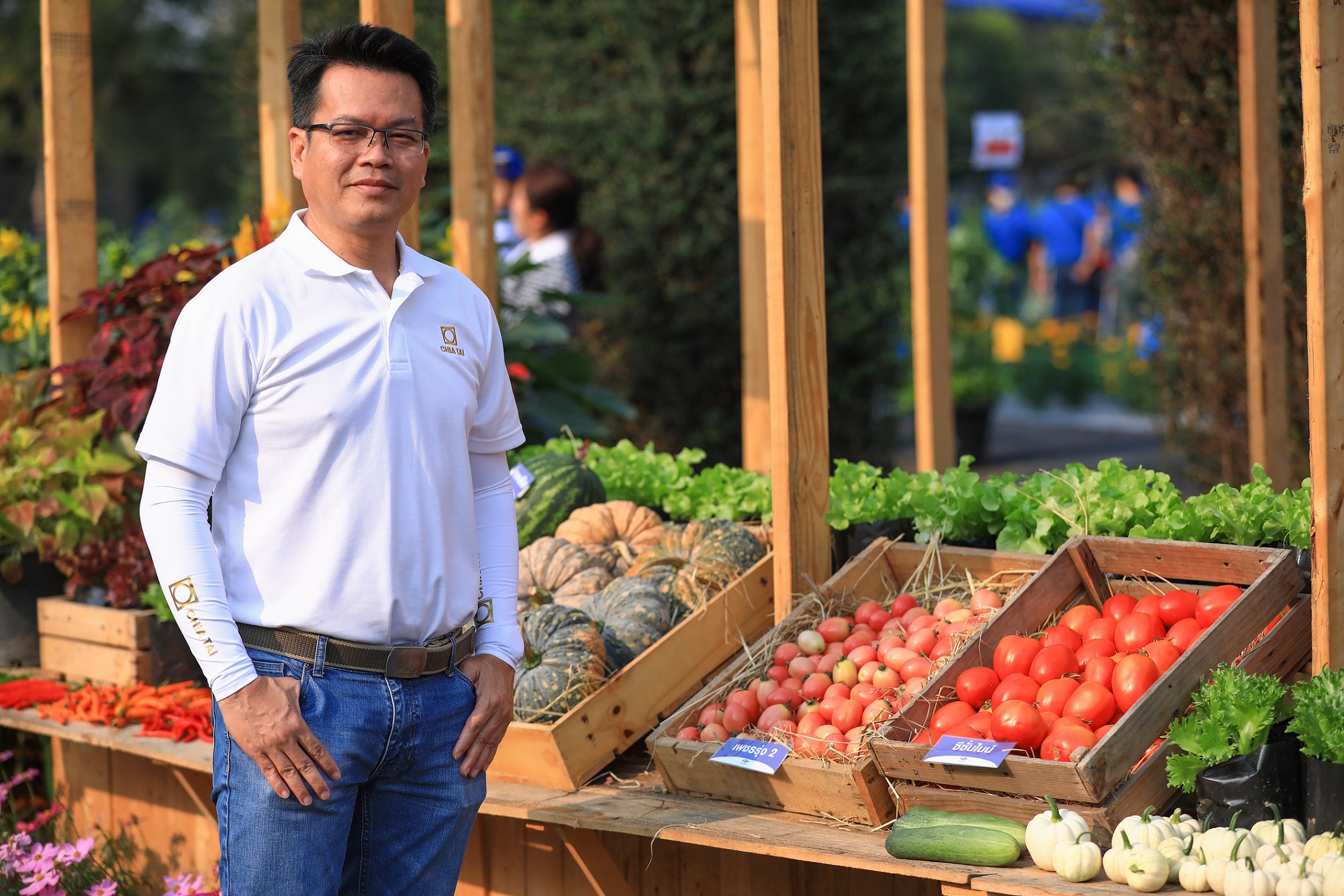 Bangkok, 5 July 2021 – Chia Tai Company Limited, Thailand’s leading innovative agricultural company, introduces two varieties of Thailand’s first-ever Flowering Pakchoy (F1-Hybrid), including Flowering Pakchoy Khaonuan (F1-Hybrid) and Flowering Pakchoy Pinmorrakot (F1-Hybrid), both of which are bred to match the market demands which vary by region. The main selling points of these two varieties are that they require fewer seeds while yielding twice as much, and that farmers can harvest their crops in only 30–35 days after sowing. In a nutshell, farmers will be able to get higher yields with fewer seeds and can thus earn income more quickly.

Chia Tai is aware of the issues surrounding the cultivation of Open Pollinated (OP) seeds that farmers are facing. For instance, they must utilize a large number of seeds to plant, necessitating multiple harvests, but the yields are low, and the plant size is inconsistent. Therefore, Chia Tai strives to solve the problems by breeding two varieties of Thailand’s first-ever Flowering Pakchoy (F1-Hybrid) in order to provide farmers with more alternatives of seed varieties as follows:

1. Flowering Pakchoy Khaonuan (F1-Hybrid) has light green and large stalks, nice flower heads, and a steady growth rate. The produce normally weighs 90-100 grams each on average, which is better than other OP ones that weigh only 35-40 grams each. Farmers can also expect high yields (on average 2.5-3.5 tons per rai), which is twice as much as the regular yield volume of OP seeds. After seeding, farmers can harvest their crops in 30–35 days. It is popular among farmers because of all these advantages.

2. Flowering Pakchoy Pinmorrakot (F1-Hybrid) has dark green and large stalks. Farmers prefers it because of its high weight (average of 90-100 grams per plant), which is superior to other OP plants that weigh just 35-40 grams per plant. Plus, farmers can expect high yields (on average 2.5-3.5 tons per rai), which is twice the volume of ordinary OP seed harvests and can also harvest their crops in 30–35 days after seeding.

Mr. Supat Mekiyanon, Assistant Vice President of Research & Development of Chia Tai Company Limited, revealed about the goals and benefits regarding the breeding of the two varieties of Thailand’s first-ever Flowering Pakchoy (F1-Hybrid), “We acknowledge the significance and potential of moving forward. We have excellent breeding capability for developing hybrid seed varieties that are distinct from the existing OP seeds. The breeding effort intends to bring greater benefits to our fellow farmers by allowing them to obtain larger yields with fewer seeds and enjoy a consistent growth rate, resulting in a single harvest period. After all, farmers can grow their plants efficiently, anticipate yield volumes, benefit from lesser risks, and eventually earn steady income."